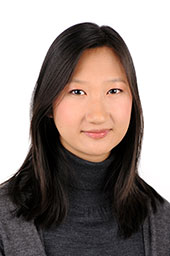 Has anyone asked you to make a movie in 48 hours? Does it sound impossible to you? Not anymore! For those who have not heard about the 48-Hour Film Project (48HFP) before, it is an international competition where teams of filmmakers get together to produce a short film in 48 hours!
It all started in 2001 when Mark Ruppert had the crazy idea of trying to make a film in 48 hours. The big question at that time was: “Would films made in 48 hours even be watchable?” and the answer was a resounding Yes! The event started in Washington D.C and has now spread over 120 cities around the world where more than 300,000 people have participated. The concept behind the 48HFP is simple: write, shoot, edit and score a short film in 48 hours. The main goal of this movie competition/festival is to advance filmmaking and promote filmmakers, whether they are amateurs or professionals.

Back in 2011, I was living in Shanghai and had the opportunity to organize and launch the 48HFP for the first time in this huge Chinese metropolis. The people behind it are always in the look out for new cities to start the 48HFP as long as there are enough filmmakers and film lovers - you could be next! I was thus given the chance to start the short film competition in Shanghai and had to create the whole event from scratch.

Prep-work before the competition

As a 48HFP producer, I was in charge of putting up together the whole event, which included many different missions. First of all, as it was a premiere for Shanghai, I had to prepare presentations about the event in order to introduce the film competition/festival to potential sponsors, partners, media and filmmakers. A tough but essential task was to go on a location scouting to find the right movie theater where the short films, after being produced, will be shown. Being in China, the movie theater’s main concern was the content of the films, but I reassured them that nothing provocative or inappropriate would be projected. I finally secured an old movie theater from the 30s located in an old part of the city: an ideal location where rental price was reasonable, where the screening room was big enough (about 380 seats), and most importantly, where the atmosphere of the theater suited the spirit of this film festival, i.e. independent and community feel. Have I forgotten to mention that Charlie Chaplin also visited this movie theater the very first time he set foot in Shanghai?

Once the movie theater was booked, it was a race against the clock. Everything else had to be in place and the teams of filmmakers had to be recruited in order to compete against each other. While I sent out invitations to filmmakers in the city to promote the 48HFP, I also had to get in touch with companies to convince them to become sponsors of the event. Luckily enough, I had friends who could put me in touch with several Shanghai-based companies, and surprisingly, they have all agreed to be involved. However, having companies to give money away was tricky, and all of them chose the in-kind sponsorship, where vouchers or products would be given as prizes to the winning teams.
Another big challenge was to select a jury of at least three film professionals to review the short films and give away awards. Once more, as it was the Shanghai’s first 48HFP, I had the pressure to put up together judges who are well respected and well known in the Shanghai filmmaking scene, if not international scene. As I knew that the participants as well as the audience will be a mix of Chinese and international people, I have decided to form a mix team of judges too. I managed to contact and convince one local TV producer, one American born Chinese producer, and one French but internationally known producer to be part of this adventure. Filmmakers, the audience as well as the 48HFP organizers were drawn to the fact that Emmanuel Benbihy has agreed to be one of the judges for this year’s 48HFP – he is the creator, producer and director of the “Cities of Love” franchise movies (New York, I love you; Je t’aime, Paris; etc).

Step by step, each piece of the 48HFP puzzle was being put together. The movie theater, as well as the kick-off and drop-off location were secured, the teams of filmmakers had signed up to compete, the sponsors had agreed on their in-kind donations, the press had even been writing about the film festival, my friends had been asked to volunteer during the event weekend and during the screening night. All this preparation work for just one weekend – but not any weekend, a wild and sleepless weekend where 11 teams of filmmakers were going to make a movie in just 48 hours!

The 48HFP starts on a Friday evening, where all the teams of filmmakers are gathered together for a kick-off. They learn about the competition rules, meet the other competitors and draw a genre for their film out of a hat. There are different genres, which include horror movie, comedy, drama, mockumentary, detective/cop, fantasy, sci fi and many other more. Each team of filmmakers picks a genre, and the 48HFP producer announces a character, a prop and a line of dialogue, which are common to all teams and must be included in all films. This is a fun way to see how each team of filmmakers will use their creativity to include those required items in their movie. Failing to include the character, the prop or the line of dialogue will disqualify the team in running for the competition. At 7pm on that Friday evening, all teams are sent off. The clock is ticking…

During 48 hours, the teams of filmmakers are responsible for their production, including the cast, crew, equipment etc. The 48HFP producer waits for them at the drop-off location on Sunday evening, and all films are due by 7pm the latest, or the team will get disqualified. In the case where a team submits their move late, they will not be allowed to compete but their movie will still be screened at the cinema and can still run for the Audience Award. One of the most common issues that filmmakers encounter is the rendering time, which usually takes longer than expected and can seriously risk the team to submit their film late. 7:05pm: all teams but one (sadly) have submitted successfully their short films. General relief.

A week later, all the movies are screened at the local movie theater, which is also the occasion for the general public to attend the screening and pick their favorite short film. The three recognized judges are also present, but they are given another week after the screening to re-watch the movies and assign the awards, with the most important one being the Shanghai’s Best Film award. The Best Film will indeed represent Shanghai in the competition for the “Best Film of the 48HFP 2011” contesting along the best films around the world during the global 48HFP screening event. Around 300 people came to the screening to support the filmmakers and participate in this fun and crazy adventure. Even though very stressful, the event went smoothly and we did not encountered any technical issues – but I did make sure to get to the movie theater early to check projection materials, sound systems etc.

The 48HFP is a great film competition and festival, as it really gathers the filmmaking community together for a fun and wild event within one same city, but yet globally.