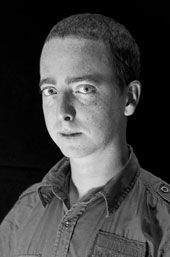 There are people who love it and others who run and hide from it.
Interaction, what does it mean to you?

Picture this, you are having fun with your friends in a bar, there's loads of people around and there is a Karaoke going on in the corner. Just as you are about to explain to your mates how your favourite theme park attraction works, someone taps you on the shoulder. As you slowly turn around, the blood drains from your face and someone has put a microphone in front of your mouth. Everyone in the room goes quiet, all eyes are fixed on you and you are expected to sing the a-Capella opening lines of Whitney Houston's 'I will always love you'. What do you do? How do you feel? Do you jump at the opportunity to entertain or do you wish a hole would form in the ground that could swallow you up?

The word interaction or interactive seems to be on everyone's lips at the moment whether you are talking about museums, galleries, shows, parades or attractions. But what makes something interactive work?

Believe it or not but there are simple rules that one can follow to make an interactive element of your show or attraction fun and enjoyable for all. We'll focus more on show performances but these tips can be applied to other elements of interaction too.

Keep it simple
This is the most obvious but the most often forgotten.
No matter what the purpose of your interaction is for make sure it is as easy as possible for the person to do. Ideally even make the action so basic, that it doesn't matter if they do it wrong or not.

Simple questions
If you ask a question, try and keep the questions closed (or leading) for example "are you having a good day?" will normally force a yes or no reply, where as "what have you been doing today?" could stumble the guest, lead to a long wait or worse an inappropriate answer! It's always worth bearing in mind that maybe not all your guests are native speakers - they may have understood the question but find it difficult to answer.

Don't leave people alone
Like the karaoke experience, the last thing you normally want is to make anyone feel too embarrassed or uncomfortable. It's normally best to interact with many people at the same time and get them to do similar things. People will feel less like they are in the spotlight and you normally always get one 'clown' of the group too. (A hypnotist show is normally a good example of this, they use groups of people at the same time as backups!)

Know your environment
Once I performed a show outside and I couldn't work out why no one clapped at the end of the show. I had performed the show many times before and knew that it was a success. It wasn't until later that I watched another performance on the same stage and noticed that everyone in the audience were wearing gloves. The simple fact that it was so cold and people were wrapped up meant that any applause was barely audible!
It's hard to get an audience to cheer loudly when it's cold but it's not as hard to get them to jump softly up and down.

Know your audience
Adults won't react the same as children. Boys not as much as girls. The difference between a 9 year old boy and a 7 year old boy can be huge!
Even different nationalities react in different ways and sometimes it's just not in their culture to dance to the birdie song (danse des canards)!

Now and again it is worth pushing an audience to interact and later they enjoy it, sometimes it's best not try.

Here is a generic example:

As an entertain I would stand in front of a crowd of people that I would like to get to cheer...

I would shout "Wayhaaayyy!!!" raising my arms in the air and wait for a response.
I would do the same thing everyday and some days I'd get a huge burst of cheers and some days the crowd would barely blink at me. What was the difference?
It all depended on which country were on their school holidays.

Shout 'way-hay' at a group of Spanish guests and you get knocked over by the high energy and enthusiasm you are hit with in return. Piece of cake.

Shout 'way-hay' at a group of British guests who have had a little bit to drink, and you receive the same reaction as the Spanish. But if they haven't had a drink you will need to shout 'way-hay' twice or three times to get the loud reaction of the Spanish.

However shout "way-hay" (or 'Ouais') at a group of French guests, you normally need 3 or 4 tries before they come back to you with an audible level of cheers.
Not everyone is a professional dancer
What is the most famous choreography that you know?
Not that I am particularly a fan but the first thing that comes to my mind would be YMCA. As soon as that song comes on at a party, everyone gets up and dances along. Why is it so popular? The answer, it is because it is simple!

With YMCA you barely need to have seen the dance before and you can guess what the moves are. By the second time the chorus is played, you've seen the others doing it and you can now do it too. (You can even dance it sat down!)

An error made by a lot of directors, is to get performers to teach a little routine and try and make it look good. I once saw a show where they placed coloured dance mats on the floor and shouted out colours to stand on. The basic idea was fantastic but once again they forgot the rule - not everyone can dance. They shouted out colours in quick succession and added arm moments at the same time. Guests would give it a go to start with but quickly would get lost and confused. They would be frustrated that they couldn't do it as well as the 7 year old in front of them who went to dance classes after school. Instead of letting people have fun, it made them feel bad about themselves because they couldn't keep up. It was simply too difficult so people walked away from the show.
Where are you looking?
This is relatively well known since reality TV shows are now on every channel but there are still a few people who slip up on this simple idea. Watch closely who the performers perform to.

It is very tempting for a inexperienced singer on a TV show to want to perform to the people sat in the studio audience. It sounds like a perfectly normal thing to do. But consider this, who your biggest audience is: the five hundred people sat facing you in the studio or the five million people sat on their sofas at home?

A TV studio audience are there to make noise and have fun. 9 times out of 10 there is also a warmup performer standing out of sight of the cameras to tell people when to cheer and stop cheering. A lot of producers also like to invite their audience a couple of hours earlier than needed to keep them waiting in a local bar, as this tends to get them 'in the mood' to cheer.

By performing to the cameras instead of the studio it makes the people at home feel like they are in the audience. They don't feel left out.

Look into the eyes of a couple of people in the studio audience and you make a couple of people feels special. Look straight into the camera and you are looking into the eyes of millions!
Entertain everyone
So you are a performer and you pull a child from the audience watching a parade.
You take them by the hand and have a little dance for a while. You jump up and down, teach them a little choreography, give them a prop to wave around and pose for a photo with them taken by their parents. What could possibly be wrong with that?

Well, who are you making happy?
The child's parents - yes of course, they have some great photos.
The child - maybe or they might just be feeling a little shy and vulnerable instead.
The other children - no, they are asking their parents why they didn't get picked.
The other parents - no, they don't want to take a photo of someone else's child.

Singling out one child to interact with in a show is a tricky business and even the biggest theme parks get this wrong regularly.

But how can you make this work? It's the same principal as the cameras on TV, you never forget where you are looking (or who you are performing to).

The child is there to help you continue to entertain the audience. The moment you give that child a personal performance you exclude everybody watching and they get quickly bored and frustrated.

A good example of how great interaction works is by watching children's stage magicians. Rarely does the person picked from the audience even see the magic trick. They are not given a private little show. But instead, they are made into the magic trick. They are almost used just as a prop to entertain the audience watching. An interaction is not personal performance between two people it is a performance shared so everyone can have fun.

General knowledge works
To ensure the same interaction time after time and for people to have the most fun. One of the easiest ways is sometime to stick to general knowledge.
This is where you don't have to explain anything but everyone knows what to do. Magic? Not really, but it tends to be limited to individual countries.
In England if I said "Oh no it isn't" the English would reply "Oh yes it is!"
In France if I said "___oggie_______" the French would reply ____.

This is work that has already been done for you, so sometimes it is not worth reinventing the wheel. If you play 'Macarena' or 'Grease lightning' in a club the majority of people will dance along without prompting. By using shared knowledge and choreography no one feels left out or embarrassed and everybody can join in.

Show Interaction is a very tricky business and should be extremely thought through before being thrown into a performance. The most important things to remember is to keep it short, basic, easy, fun and remember to continue entertaining everyone.