An interview with Richard Zwiebel 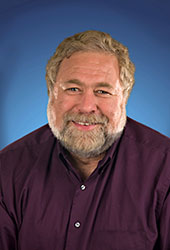 At the origins of digital Audio

You were at the origins of networked audio, can you tell us a word about your involvement in the early days?

Networked professional audio began around 1989 when Peak Audio (a company I was a founder of) applied for a patent on “networked loudspeakers”.  When this patent was issued it became the first patent to directly address a method of using networks to send audio signals to selected loudspeakers. I was one of the inventors named on the patent.   Several years later, Peak created CobraNet, the first high quality, uncompressed multi-channel audio over Ethernet solution. I went out and endeavored to sell the world on using networks to transport high quality audio.  Most people told me that either it was not possible, or asked why I would ever want to do such a thing.  I explained that networks were becoming a worldwide standard and that the audio industry should join the many other industries that were already taking advantage of the many advantages of using networks.  The first public use of CobraNet was the Super Bowl, and the first permanent installation was Disney’s Animal Kingdom theme park in Orlando.  One by one, companies came on board and added a network interface for audio transport to their products.  Today, when I discuss audio networking with younger industry experts, they find it unbelievable that I once had to convince leaders in our industry that audio over a network was the future.


What are the challenges that establishment of AES67 aims to resolve?

As layer 3 networks (IP based) became popular, the need to transport audio over IP networks became apparent to many in the industry.  Several companies created IP based solutions in both the broadcast and installed sound industries. Each produced a solution that was best for their specific needs.  On the broadcast side of things networked audio solutions that became prominent included Live Wire, Ravenna, Wheatnet IP, and others.  On the install side Q-Lan and Dante became widely used.  (AVB also had a following but it was not IP based at that time.)  Since each was independently developed they were not compatible with each other.  It was not possible to transmit audio between different technologies.   This meant that audio system designers needed to choose products based upon their network rather than just the features that they need in the product itself.    Yet they were all very similar.  Several engineers from various companies started to talk, via the Audio Engineering Society about creating a standard to make it possible for all of these networks to become compatible.  Part of the concept was not to require any company from fundamentally changing what they are currently doing.  As a result, each network still works exactly as it did, when used with products that natively use that specific network technology. But, they could each offer an AES 67 compatibility mode. Or, a company could choose to just completely embrace AES67 for use as part of their standard.  Within a short period of time, announcements came from each of the technologies listed above that they were now AES67 compatible.  It is important to note that AES67 is not itself a total network solution.  You would not make a decision to choose a Dante based product, a Livewire based product, or an AES67 based product.  Rather it is an interoperability mode that works as part of any of the popular networks.  Now we are seeing projects that combine many products that use various network technologies all integrated into one system.

Do you think the development of networked audio has changed the required qualifications or qualities of audio engineers?

Yes, it has.  The whole world has moved to using networks for transporting data.  Today’s AV engineer needs to understand some level of network design and implementation. A skilled AV engineer in 2017 should have a decent understanding of network design and setup. This is true whether they are transporting audio or not.   That said, AES67 has taken a step in making the networking aspects less imposing.  One goal is to greatly reduce the effort involved with setting up an audio network.

About Richard Zwiebel
Rich Zwiebel has played an integral role in the development of key technologies in the AV industry for many decades, as well as being a consultant for 40 years. and as a founder of Peak Audio helped guide the audio industry into the digital age. Playfully considered one of the “godfathers of configurable DSP”, Rich led the team at Peak Audio that developed CobraNet and the first software-based configurable DSP audio platform. He joined QSC in 2006 and currently acts as VP of Systems Strategy. Rich is also the chairman of the Installed Systems Working Group in support of AES67and SMPTE ST2110, standards that enables enable high-performance audio and video -over-IP streaming. He is also on the Leadership Search Committee at AVIXA.