On-board audio on a spinning coaster 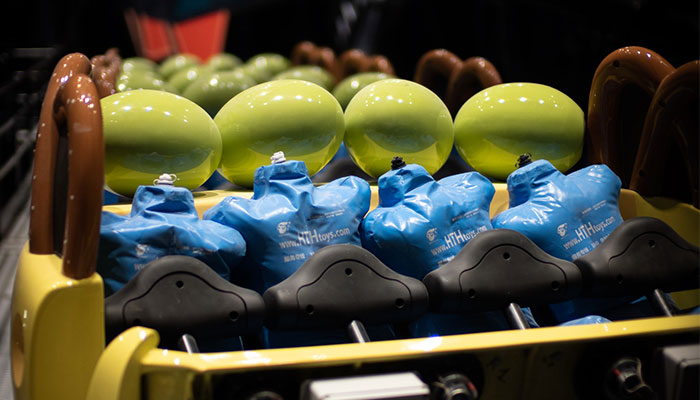 Warner Abu Dhabi recently opened its doors. The franchise's famous characters are used in many attractions, including Tom & Jerry, who are featured in a large Spinning Coaster. Zamperla, the manufacturer of this ride, asked us to design an on-board sound system to playback a thundering soundtrack that follows exactly the twists and turns of the track. The difficulties were the limited available space on board, as well as the need to lock the spinning vehicle precisely once in the station to enable contact with the charging pads.

The embedded logic allows to keep a precise synchronization between the coaster's layout and the soundtrack made especially for the attraction. The initial tests were carried out in the Italian Zamperla plant. Programming and audio tuning have been finalized on site, in Abu Dhabi. These tests have shown that performance goes beyond our expectations, both in terms of audio, charging and discharging times. Assembled from a handful of proven components, the system, is very simple to operate and maintain.

The system has been designed in Tokyo, where our engineer Akio Takeda defined the best strategy regarding the choice of loudspeakers and their locations in the vehicle. "After careful thought, I finally opted for a bi-amplified system using powerful coaxial speakers," Akio Takeda explained, "I also designed a subwoofer assembly that fits at the back of the seats." The energy required to run the system is stored in powerful capacitors. They power the amplifiers, audio player and the logic circuitry. It takes less than 30 seconds to recharge the capacitors to 100% while the train stops at the station. 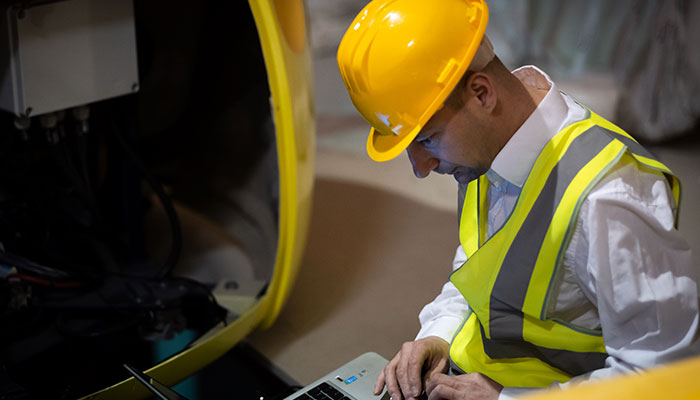